Her eyes shoot open, wildly darting around. The harsh visual search arrays show no discernible pattern as she shuffles back an indistinguishable number of steps.  The only sounds are those of the grit rolling beneath her boots and her accelerated breathing. She looks left, right, back, then right again before crouching and looking at him once more.

“Right-handed.” he thinks to himself.

Lilith’s mind is racing at the impossibility of what she just experienced.

“You didn’t… Did you? Just now, you can’t possibly…” She trails away, face furrowed in concentration.

Unmoving he stands, still staring, head tilted downward, his eyes looking at her from just under the supraorbital ridge.  The overall body language is a message of terrifying concentration.

“It’s hard for me to do this, so I don’t talk much.  The nano-machines, my nano-machines, they are different.”  The words boom into Lilith’s mind like a riot police PA system.

She drops to her knees, both hands on her ears, eyes clamped over fresh tears; she shrieks and crumples like a rag-doll into a pile of newspapers at the base of the dumpster. He blinks hard, uncertain; the sounds of the alley are coming back to life as he takes a step forward and stops.  Looking quickly to the bodies strewn nearby, he notices atypical twitching in two of the fallen men.  The massive paralyzed one is coming out of shock; his eyes flit and flutter, while the tall thin man who was simply knocked out is still breathing erratically.

There is no way he can leave her here – dead bodies have a way of attracting the living. “An interesting comparative analogy to humans and maggots,”  he muses before sharply shaking his mind from such thoughts.  Walking away from Lilith, he bends over the large man and reaches down into his jacket.  No identification – but a few weapons: a knife, a baton, and a small explosive harnessed to his chest.  His eyes narrow as he inspects the immaculately clean unit for activation; it appears benign and he slowly straightens to move toward the thin man. Repeating the search, everything is the same minus the explosive; the thought lingers as to why they didn’t draw any weapons…

A sickly clicking sound spins him around, the fabric of his pants silently resist creasing at his knees as he instinctively enters a combat stance.  The clicking is coming from the throat of the paralyzed man; convulsions rack his trachea as oxygen is slowly depleted from his circulatory system.  A series of involuntary kicks and shudders create a trash snow-angel on the uneven concrete as their eyes meet.  Massive neck muscles bulge and veins constrict as internal pressure falls victim to the atmospheric constants. Pupils constrict and dilate, unfocused, driven now by random chemical impulse, as the chiseled face starts to pale. Finally the noises stop, pushed aside by the low whistling murmur of a last breath vibrating through the vocal chords of the massive, newly-deceased, specimen. 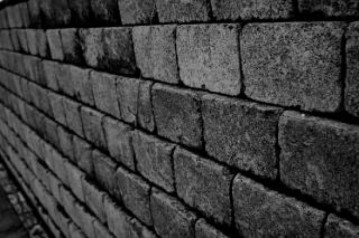 Unaffected by the morbid scene, the freshly crowned grim reaper turns to walk away when a shrill electronic pulse followed by a buzz stops him once more.  Over his shoulder, his face turned in horror, the lights on the explosives have come to life.  Time slows to a dull crawl, his mind working in a time scale so small the sound of his heartbeat is comparable to cannon fire.  Dropping his center of gravity and throwing his body forward, he reaches for Lilith, still crumpled, unmoving, in the soiled papers laden with unread propaganda and impossible promises.  Sliding to a stop and closing one hand about her wrist, the other on her inner thigh, he heaves her small frame over his shoulders while spinning on the hardened soles of his aged boots. Slipping, he drops to a knee, his head slamming into Lilith’s sternum as he struggles to regain his footing.

Her eyes open. Unsure what is happening, she thrashes wildly as he slams her to the bottom of the dumpster.  Diving on top of her, he jerks the lid shut scattering powdered rust and dirt.  Opening her mouth to protest, she cannot see a thing in the darkness of the container, she feels his rough cheek press into hers as strong arms squeeze her shoulders and arms, covering her protectively as the world outside explodes.