What are we to make of human nature? The answer depends on which story of birth is believed. Birthing stories are about identifying those attributes that continue on from the mother-figure or simply that which comes before (Turner, 1996). This is a relation of cause/effect, where something comes from having causal connections to what it becomes and manifests in the world. Whether we speak of “coming out of” or “emerging,” as in “his actions came out of a sense of fear,” we are ascribing the power of causation through the linkage. Where a person believes humanity came out of will largely determine the characteristics associated with being human.

On the one hand is an evolutionary origin, where our inheritance is an incremental accrual of adaptive features in relation to particular environments. On the other is a monolithic origin, dually instantiated by humanity being either fallen and predisposed to destruction or benevolent and with the right context will inevitably pursue progress. The first is usually explored through science, notably evolutionary sociobiology and psychology, whereas the latter two can be found in mainline fundamentalist religious ideologies and liberal liberation-type theologies, respectively. Interestingly while humanity as evolutionary construction is usually found in the domain of science, contemplative spiritual traditions and mindfulness training also explore humanity through this rubric.

This latter point should not be overlooked. While conservative fundamentalist forms of religion get a lot of coverage, being as they feed directly into the news cycle’s focus on sensationalism and simplicity, religion is a human construct therefore capable of exhibiting the best of our humanity rather than making room for the worst. Further, fundamentalist forms of thought are not just religious, found as they are wherever an authority, person or object, is endowed with inalienable and unquestionable authority. A deity can take this space, but it can be filled with individual leaders, groups and ideological dictates. If at any time a point is reached where questioning is outright denied or dismissed through the escape-hatch of mystery, this is fundamentalism. The resultant behavior manifesting out of such tends to be rigid, dictatorial, prone to bigotry and sees humanity through a static lends, incapable of change through any power of itself. 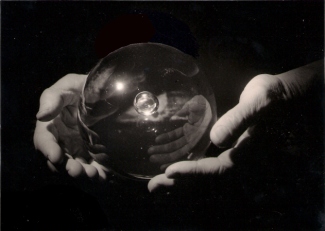 As noted, this static view of humanity is not merely conservative and religious, it can be liberal and political as well. Easy examples flow from the former, with notions of the innate sinful or fallen state of humanity topping the list of shame-filled destructive ideas. At no point in these ideas can anything humanity do result in their salvation or emergence into the good, it is only through an external savior of some form, whether embodied in a person or through particular acts of attrition. Liberal liberation-type notions are similar in this respect, the salvation of humanity being not found through the expression of any intrinsic quality, but from an external source. Any time the notion is offered that “if only x,” where “x” is education, civil rights, democracy, women’s liberation, etc., were to occur then societal ills would be cured or put on the path towards progressive civilization, this is the liberal version of salvation through an external source. In both cases, the external source is needed to unleash humanity from some unseen chains, the only difference being what has been locked up; the former being a state of sin and depravity, the latter an innate drive for progress.

Both monolithic views meet up in a static view of humanity, in an attempt to limit people to a single aspect or innate characteristic. The result is an inability and unwillingness to see the interconnected and integrated whole of bio-social reality, the only matrix through which personal responsibility has any way of being fully understood. Declaring one’s heinous actions to be no more than a case of humanity’s depravity and an indication of the need for a savior is to set aside considerations of social morality and rational fortitude. Expressing the fantastical belief that if a society were to only support education, suffrage or other progressive cause would result in freedom for all is to ignore the psychological inevitability of in-group/out-group thinking and other cognitive heuristics.

While one or the other vision may personally be found to be more palatable, the result is still a narrow and ultimately unhelpful interpretive story and frankly, with our understanding of genetics, a poor usage of the birthing metaphor. At times in a child’s development, statements will be made of how she or he looks just like or acts just like one or the other parent, but at no time do such statements seek to capture the entirety of the person. We tacitly and often explicitly accept that each of us is an amalgam of our parents, the environment in which we live and the social connections we express ourselves through. This integral model for understanding our humanity puts us on a path to seek, expand, explore or reach for, all of which will express itself through the lens of an evolutionary paradigm.

Seeing ourselves through an evolutionary birth does not support an easy or simplistic view of humanity. We must give up narrow causation and embrace an integral model, recognizing that as perspective shifts what was once a cause can be an effect of something else and at the same time.

An evolutionary birth means incremental change in connection with environment, bringing into focus a contextualized nuance to the understanding of any single person or social issue. Becoming less concerned with conclusions than with the questions that keep us humble within the expanding push of uncertainty, judgment is less about limiting people to a singular static quality and more about determining how the multitude of variables in any life can open up new ways of being.

We do not need a savior because there is no salvation outside of ourselves and the natural world within and through which we formulate the multiplicity of our selves. We cannot place the burden for evolutionary advancement on any single victory, on any single movement, no matter the level of social progress. The static models lead to a stillborn existence, whereas the multifaceted reach of an evolutionary integral model is forever listening to the life that will not be constrained. We have not inherited a life of narrow meaning, we have been brought into this world with the capacity to see purpose in everything we do.