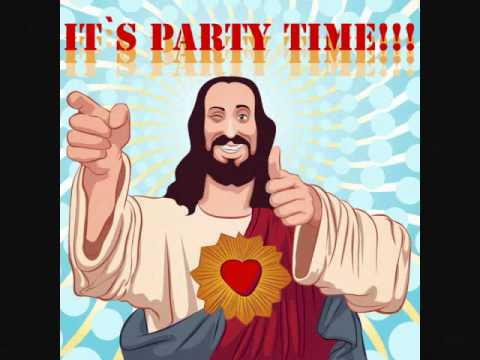 With any socio-cultural change there comes along for the ride a varying level of ideological reflection. Much depends on the connection one’s group has with the change. The greater degree of perceived effect the change has, the greater need there is to determine a response. At this level of group identity the question arises concerning whether agreeing or disagreeing is the best way of displaying the continuation of that identity. Nowhere is the battle over what to do more prevalent than in religion. The “no true x believer” declaration, where “x” is filled in by liberal, conservative, Christian, Muslim, etc. is flung around each and every time something significant happens to change the established status quo of ideological purity. Most recently this has to do with health care and the right of adults who happen to have the same genitalia to get involved in the legal institution of marriage.

The varying forms of emotional apoplexy popping up on social media and displayed in public announcements has been a source of vociferous cheering, tear-inducing laughter and rage-filled judgments. Threading throughout these exchanges is the desire to claim how a group identity is correctly connected with a particular side of the issue at hand. This is being done with a degree of sophistry within Christianity unseen since the days of slavery.

On the liberal side are declarations that the “real christian” way is to look at equality with a smile or using a particular verse from “the Bible” like Romans 13:1-2 about being “subject to governing authorities” as a means of putting conservatives in their place. On the conservative side are various protestations of martyrdom and persecution because a particular interpretation of “the Bible” that leads to taking civil rights away from a group of people is no longer justified in the eyes of rational law. 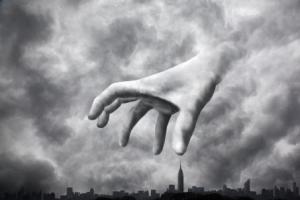 What makes this situation truly amazing, in the sense of being utterly ridiculous, is the utilization of “the Bible” to promote both sides of the debate. The site concerning the passage out of Romans declares: “You aren’t allowed to cherry-pick the verses you like and ignore the ones you don’t.” Except of course that this is exactly what the author of the article is doing by focusing on this verse and not Romans 1:26-32 where it declares that everyone who murders, is disobedient to parents, engages in homosexual behavior, etc. is deserving of death. Indeed, the writer of how Christians are now exiles in “their own” country likely has these verses in mind when he declares: “It is the logical result of the Sexual Revolution, which valorized erotic liberty. It has been widely and correctly observed that heterosexuals began to devalue marriage long before same-sex marriage became an issue.”

Further examples abound, both from the average public and from politicians, to utilize “the Bible” to attempt buttressing their own version of the “no true Christian” defense. Neither side seems to find it at all shocking or worthy of immense personal chagrin that they’re using the exact same source to come to diametrically opposite opinions. The irony here is that this very defensive strategy is on the right track, it’s just that the conclusion hasn’t been reached yet, that being there is no such thing at all as a true Christian or Christianity for that matter.

We can see the inevitability of this conclusion by consideration of a few points:

1. As has likely been noticed, “the Bible” here has so far been written with quotations. The reason for this is to point out the futility of establishing any singularity that can be referred to as “the Bible.” The Catholic version has different books than the Protestant version and the various translations of the Protestant version can’t agree on the wording, hence the notion of translations. This is more than an issue of literary happenstance, it is foundational to a problem of interpretation. Take for instance the verse mentioned in an above article, Romans 13:1-2 where “governing authorities” is used to point to civil institutions. That word “governing” is found in the New International Version (NIV), but not the King James Version (KJV), where it is translated as “higher.” This single word change will support different interpretations, where “higher” can then be taken as referring to “God’s” laws or even as an idealized version of civil law.

Any attempt at then referring to “context” has the same problem. Depending on translation, words change and therefore the perceived meaning. Further, who determines what is bound within “context?” The chapter? The entire book/letter? Perhaps even the holistic message of “the Bible” itself? That there exists no means of determining this from within “the Bible” itself brings us to the next point.

2. Very few people are aware that theology, the articulation of religious dogma, is not a singular enterprise. There are entire sub-disciplines of “biblical theology,” “historical theology,” and “systematic theology” to name but a few. The latter is especially important here. Systematic theology is the process of determining an overarching theme or message from within “the Bible.” This is, incidentally, where various Protestant denominations come from, where differences in systematic theology will lead to different practices and schisms. This process is the application of human rationality to create a logical framework for study. Each and every different systematic theology utilizes the injunction out of I Cor. 2:13 to “compare spiritual things with spiritual” and combines it with II Timothy 3:16 that “all Scripture is given by inspiration of God” to then come up with a systematic means of interpretation. The resulting variations fill entire volumes concerning scriptural exegesis (critical interpretation of text). There is simply no agreed-upon interpretation anywhere in Christianity, it is all a manner of starting with one’s desire and then applying such to “the Bible” through the theological lens explicitly taught or implicitly accepted. 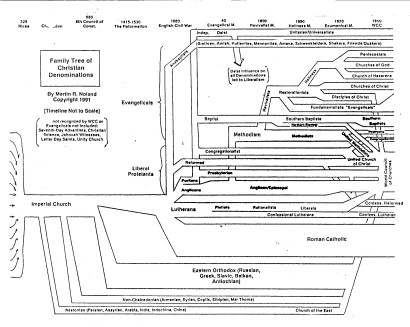 Some, from both liberal and conservative camps, will go on about “original languages” and “historical context,” offering some variation of people needing to know more to properly understand. Any form of this leads inexorably to the same conclusion: given that so-called experts of similar scholarly background come to wildly different conclusions, simply adding more information does not help in coming to a more accurate interpretation. All that is being done is piling more information on what is fundamentally a process of desire followed by interpretative rationalization.

3. Given no unanimity either in translation or in interpretation, the conclusion is then there exists no internal means of determining the one true message of “the Bible” and therefore of Christianity. We have taken the logical step from the “no true Christian” defense to an acknowledgment that there is simply no true believer at all.

As a quick aside, this is where declarations of “mystery” show up, liberal and conservative alike. As with interpretation though, this usage of “mystery” is completely arbitrary and dependent completely on the individual’s idiosyncratic belief currently under discussion. There’s simply no means of determining where “mystery” starts and “understanding” ends. The result is an absence of any usage beyond personal rationalization.

Each party in this debate has a desire to somehow constrain the whole of their existence under a singular identity, namely that of “Christian.” They want to place all that they consider right and true under the heading of religious ideology to declare it sacrosanct and remove it from skeptical inquiry. No matter what the conclusion being reached, the tactic is both dishonest and a dismissal of rational dialogue. If you believe that certain people, due to biological differences, are undeserving of similar rights and privelages that others possess, then rationalizing such via “the Bible” does not make it any less your personal opinion and a reflection of your character. The same applies if the opposite conclusion is reached. Similar goes for child discipline, spousal abuse, sexual practices, and any other of a host of issues condemned and supported by reference to “the Bible” or other “holy scripture.”

In the end, it is not that one person is a “true believer” and the other is not, it’s that one person is a horrible human being who happens to also be a believer and the other is a good human being who also happens to be a believer. Issues of social policy and morality will never be fully determined by a source utterly absent of any internalized corrective. We will not advance as a society nor as individuals until we judge ourselves regardless of religious identification. Whatever “god” is believed in does not determine the quality of one’s character, such is found in the treatment given to one another.

For More from © David Teachout

Afterthought: For those interested, here are a couple sources for identifying the differences in wording between translations and in the philosophy behind how the various translations were conceived.