To begin I would like to preface with the following: the existence of god(s) is not the focal point of this discussion, however uncertain or unprovable. Being of such low probability to effectively be scientifically negligible, when full consideration is given to all of the physical evidence ever collected, for the supernatural I digress. Instead within this discussion the topics I am setting up and ultimately intend to discredit are as follows.

1.) Evolution cannot provide a moral framework since it is a purely “theoretical” biological phenomena.

2.) Morality was given by god(s) through the respective holy texts and cannot be found using any other means or philosophy.

To begin, I would like to warn that I will not be directly commenting on the second assertion until after I have fleshed out my hypothesis for the origins of morality and its most base forms, namely empathy and grief. The way in which I will be doing so is using the evolutionary principles as my biological apparatus. So with no further digressions, “Incipere”.
END_OF_DOCUMENT_TOKEN_TO_BE_REPLACED 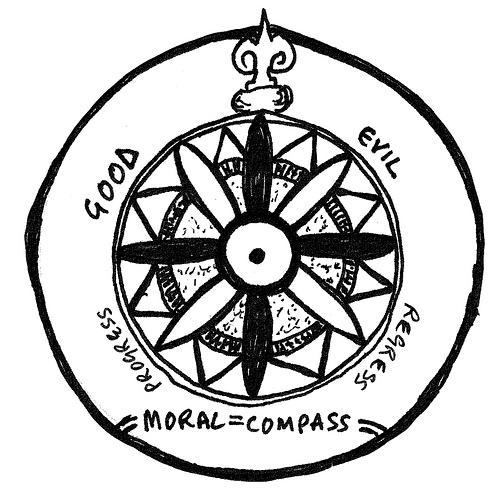 A common argument for the existence of God put forth by theists is the argument from morality. For reasons I will explain later, many theists really like this argument. It is the main argument put forth by C.S. Lewis in Mere Christianity, and I have seen it proposed time and time again by Christians in many debates I have had. The gist of the argument is the idea that the only or best explanation for morality is God, and in its strongest forms, that without God, one has no basis for objective morality, and must accept a nihilistic universe. While I have no issue with the idea that the universe is nihilistic and our actions having no grand cosmic meaning, this framing sounds suspiciously similar to a god of the gaps argument; theists cannot explain the existence of morality, so they attribute it to a deity. While the exact argument can vary as there are many forms of it, the general format goes something like this:

P1: God is needed for objective morality to exist (or is the best explanation for said morality in soft forms)